As deep learning (DL) is increasingly applied to safety-critical domains, it is important to ensure the reliability of DL systems. Same with conventional software development, for DL systems it is also in great demand to test their robustness by guiding them exposing incorrect behaviors. Nevertheless, what is different from conventional software development is that the logic of a DL system is triggered through the training process, which may lead to various unexpected behaviors, such as bias in the training data, overfitting, underfitting, and so on. For there is no actual code line, it is extremely difficult to test DL models, and there are mainly two challenges: how to trigger all (or at least most) logics and erroneous behaviors; how to identify such erroneous behaviors if no manual checks are available.

Employing the methods of differential testing and fuzz testing, we design and implement an efficient gray-box testing tool for DL systems. It can improve the neuron coverage when testing DL systems, and discover more incorrect behaviors in neural networks. The tool can also improve the accuracy of neural networks by training them from generation-based fuzzing inputs. Specifically, the key features of the image are extracted as the mutation point. Then, mutations such as key pixel spot mutation or image rotation are performed by the mutation algorithm with output consistency. Finally, the images before and after the mutation are input to the deep neural network (DNN) for prediction, and the distance between the prediction results and the distance of neuron coverage are used as the guiding factors for the mutation, which makes the DNN produce incorrect outputs and get the adversarial examples with the smallest alteration. Compared with the traditional fuzz testing of multiple models comparison, the differential fuzz testing method can significantly reduce the testing difficulty and enhance versatility.

Blockchain technology is gradually becoming a hot topic, and its application prospect is highly valued and widely concerned by governments, scientific research institutions, and business companies. With the development of technology, blockchain applications and projects are emerging, but their security issues cannot be ignored. In recent years, blockchain security issues are increasing, triggering serious consequences and causing economic losses in the hundreds of millions. There are a lot of security risks in smart contracts, virtual machines, and underlying facilities. 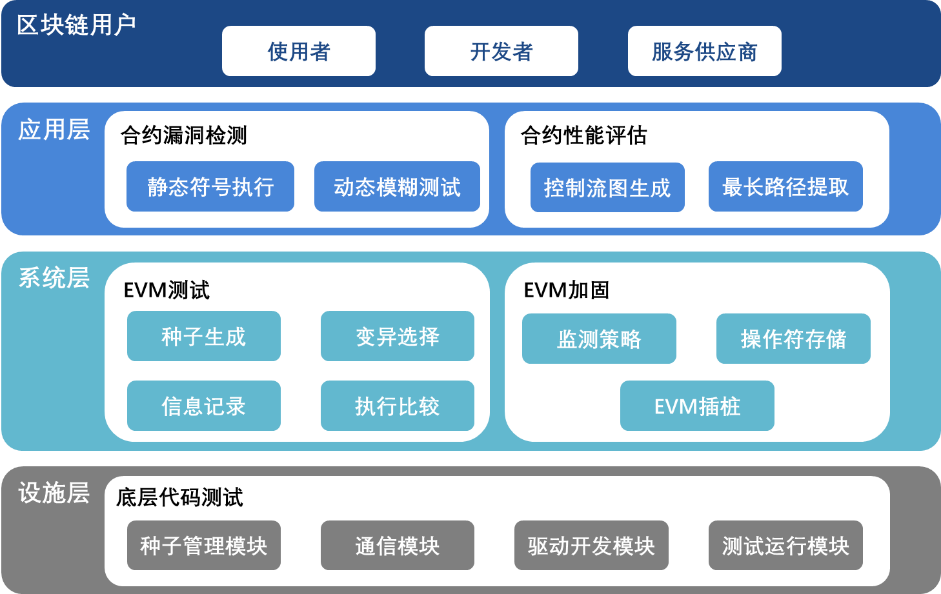 Focusing on the security of code in the blockchain system, we detect and evaluate the vulnerabilities and deficiencies of the blockchain system, analyze smart contracts, and evaluate the security of virtual machines and the facility layer, etc. Combining the characteristics of code in the blockchain platform, we apply a hierarchical directed fuzzing method to systematically test the blockchain platform. This method extends the single input of the traditional fuzz testing method by splitting the targeted program according to its hierarchy, so as to test different levels of the program using multiple entries; it also extends the orientation of traditional methods (i.e. coverage) by adding code information such as commits, fixes, and interfaces to the calculation of the testing target, so as to test significant modules. Specifically, there are two feature categories: the hierarchical features, which can support the testing of blockchain platform from different entry points, such as code compilation, bytecode execution, network communication, and data storage, to identify memory security issues efficiently; the directed features, which can support the blockchain platform at each step of the life cycle, including the initial import of open source code, the introduction of new features, and the repair of defects.

The industrial control system (ICS) is an important part of a nation's critical infrastructure and is widely used to perform production control of critical infrastructure. In many important industries of livelihood, such as electric power, petrochemicals, natural gas, hydraulic engineering, intelligent manufacturing, and rail transportation, more than 80% of critical infrastructures use a certain type of ICS. With the rapid development of the Internet and its continuous extension into various industries, the existing closed and isolated ICSs are gradually becoming open and interconnected, and a highly automated, personalized, and interactive industrial Internet is about to be born. At the same time, the industrial Internet will also face more serious security threats. In 2016, the Industrial Control Systems Cyber Emergency Response Team (ICS-CERT) confirmed 290 cyber-attacks against ICSs, and critical infrastructure including power grids, hydraulic facilities, and transportation systems, became the target of attacks. In China, Industrial Control System - Chinese National Vulnerability Database (ICS-CNVD) of CNCERT added 351 vulnerabilities in 2017, a 104% increase from last year. How to efficiently mine the security vulnerabilities of ICSs is of great significance. 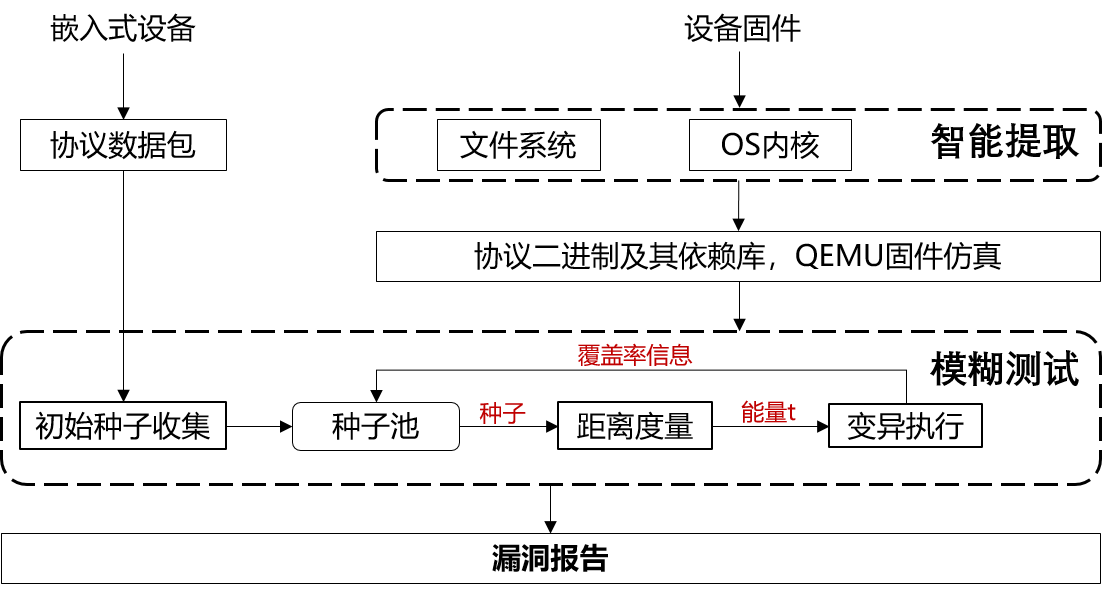 There are many potentially vulnerable codes in operating systems (OS) that seriously threaten the reliability of business applications. According to the statistics of 4,080 security patches for 3,094 CVE vulnerabilities from 2005 to 2016, the Linux kernel has the highest number of vulnerabilities, and five of the top 10 software with vulnerabilities are related to Linux and its distributions. Therefore, it is of great importance to ensure the reliability of business applications by mining kernel flaws and guaranteeing smooth deployment of the kernel with kernel stability being ensured.